“All people hate ads” – would you, as a consumer, argue with the statement? We are used to this view, but what if you learned that the statistics shows something different?

According to Hubspot’s Adblock study, “83% of people agree with the statement “Not all ads are bad, but I want to filter out the really obnoxious ones.”

What’s more, consumers are even ready to stop ad blocking and use ad filtering instead: “77% agree with the statement “I wish there were a way to ad-filter instead of ad-block completely.”

Still, 69% of people who installed ad-blocking apps were made to do so by the obtrusive and annoying ads.

Isn’t it great news for advertisers and marketers? All that is left is to find out is what ads people consider bad and are most annoyed with.

The results of a questionaire by MarketingSherpa reveal some interesting details. 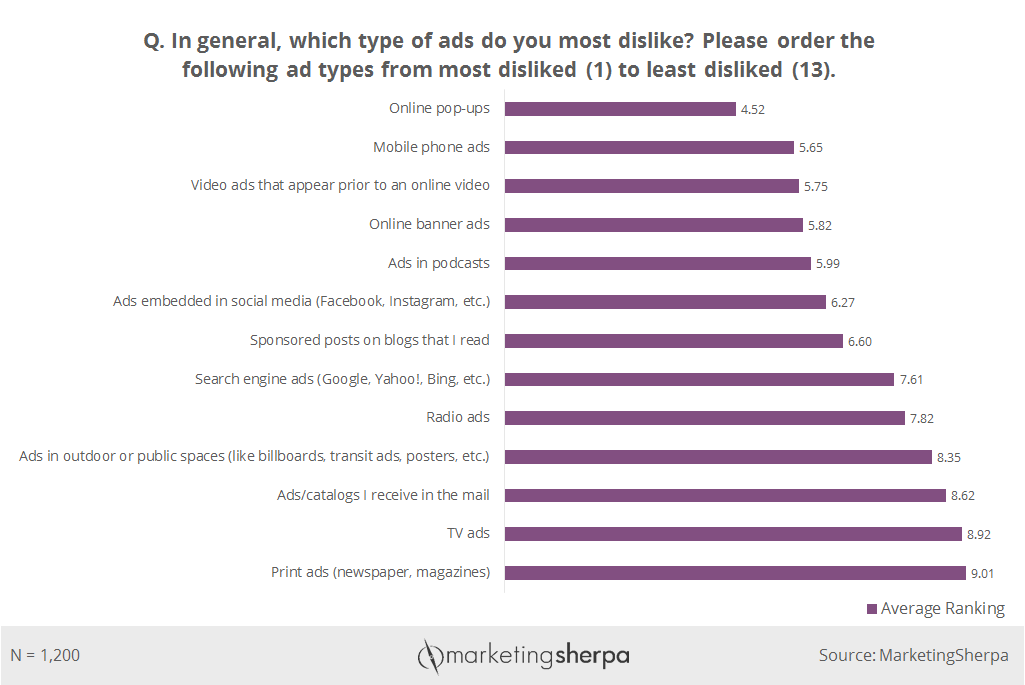 If you’re an advertiser, you don’t need to haste to cancel all your popup or mobile ads. Wait at least before we show you the specifics.

Coalition for Better Ads conducted a study in 2017 which discovered the following:

1. Most complained-about popups were on smaller websites, and very seldom occurred on big popular resources. The point is, larger websites have more means to control the quality of ads and make them as unobtrusive as possible.

2. 54% of mobile users complain about pop up ads, while 21% are dissatisfied with high ad density. A page overloaded with commercials takes longer to load, and they take up much from the limited space on the page. Naturally, this prevents users from quickly finding what they’re looking for, creates extra distractions and is a source of annoyance.

3. Among the digital ads that are most hated are those that cover up the content and require some kind of interaction before you can close them. The same goes about unskippable video spots before the main content. Some users even state that such ads make them hate the product being advertised. As opposed to these, banners and popups that can be easily closed or skipped are tolerated by consumers much better.

If you’re under impression that only small businesses are prone to mistakes with their ads, you’re wrong. BI Intelligence’s 2017 Digital Trust survey shows that ads on YouTube and Facebook are rated as most annoying compared to other platforms. 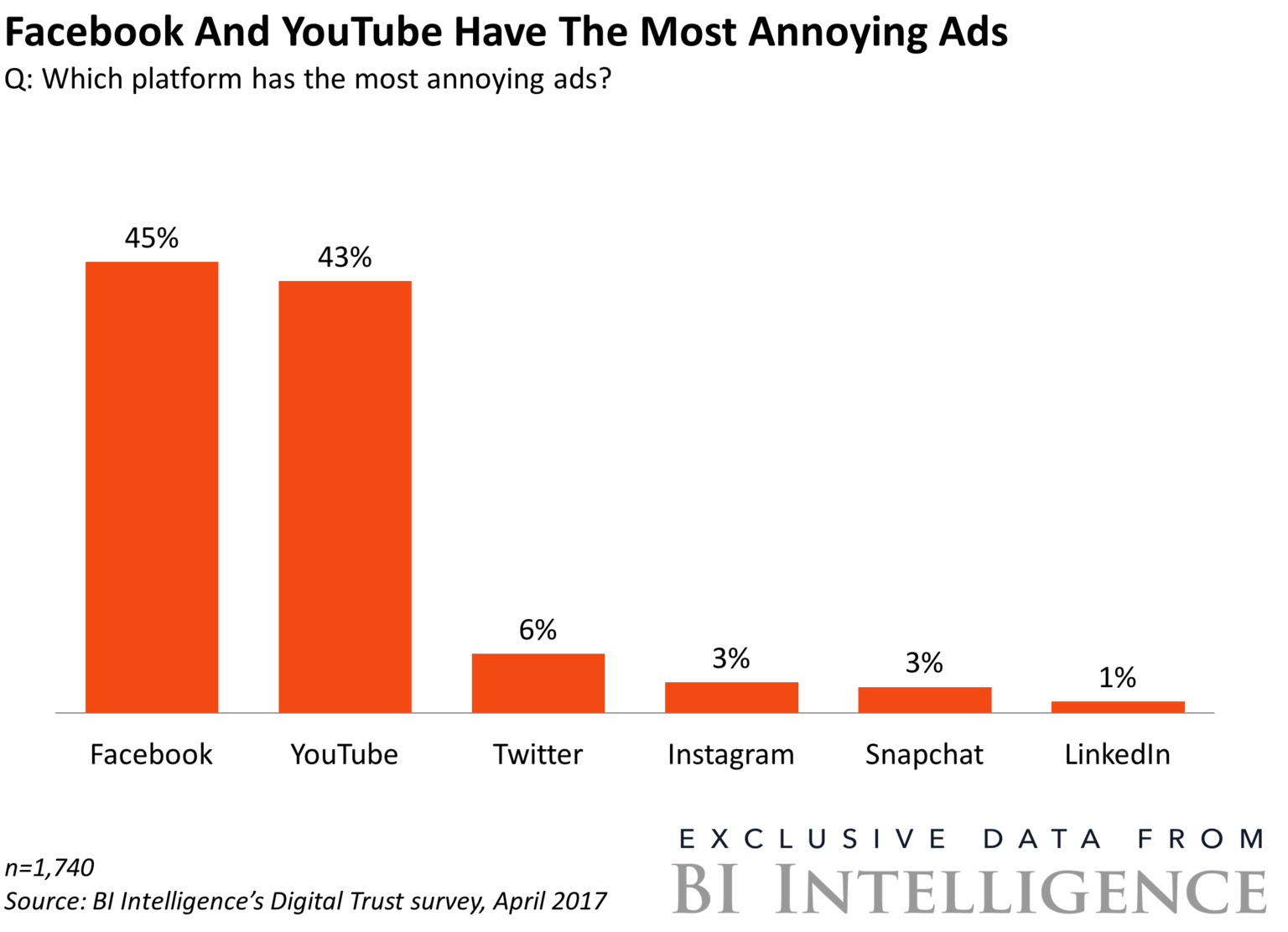 Surely, this can be explained by the fact that both “winners” are extremely popular and have huge audience of both users and advertisers. It is only natural that what receives much attention will be criticised a lot.

However, this research is an awesome indication that whether you’re a giant or a startup company, there’s always room for growth and improvement.

So, let’s sum up the features of the most annoying digital ads:

Surely, simply staying away from these “antitactics” won’t bring your campaign a head-spinning success, but combined with professional look, right targeting, placement, and good message it improves your chances to succeed, helps build trust and good reputation.

P.S. TRACKLAM is the tool to pick and book the right media and ad spaces (both digital and outdoor), launch your campaign and keep track of the results online. Try now!