Can you name a commercial advertising a bank or another serious institution that you liked? In most probability, the answer is “No” (if not, you must be cheating and watching the videos below:)

Typically, advertising campaigns by financial or law institutions are perceived (and often actually are) as uninteresing or boring to “real people”, containing complicated details, lots of figures and unrealistic promises.

However, it turns out, there are exceptions to the rule, the campaigns for “serious businesses” that are not only very creative and successful in terms of entertaining the audience, but also in improving the metrics and gaining new clients for the advertisers. We’ve chosen the ones that you totally must know about, so enjoy!

A $250, 000 worth router as a Valentine’s Day gift and a way to say ‘I love you’? Well, someone would think it insane, but that’s what is suggested in the ad campaign for Cisco – the world’s leader B2B manufacturer of the networking hardware. Their video spot resembling the old romantic movies that shows their powerful router as the way of expressing love went viral and is still remembered, thanks to using the totally unexpected format, offer and tone. Elements of surprise and fun are its secret of success.

Umpqua Bank, The Seed and the Moon

An Oregon based Umpqua Bank, during over 20 years of its operation has become known for the non-traditional approach to business which won it lots of clients.

For instance, it offered its potential clients “Switch Kits in a Can” to help move accounts, and distributed the necessary documents through… vending machines, placing the kits in cans. 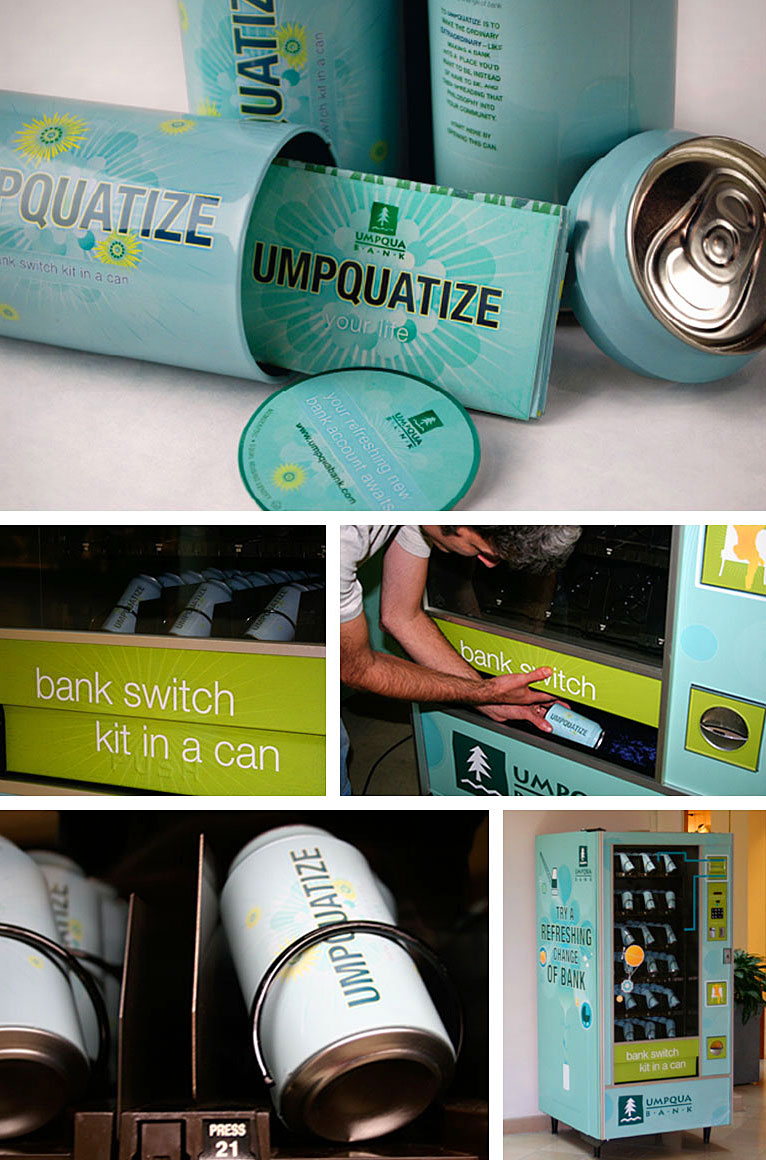 Another great example of their unique methods is the Bank Account Moving Truck which drove around the north-western states of the US and offered the services of moving accounts right there and then.

Another instance is the fable about humanity and growth, which is something you don’t expect to see in a bank advertisement. Touching? Memorable? Well, if you say “Yes”, you understand why they are so popular.

This ad has everything present in the stereotypical banking ads – a confident mature businessman, great office, friendly-looking pretty employees.  If you mute the ad, you may never notice the difference, which is huge.

In fact, the script begins with “Hello, I’m an actor, I’ve been paid $8,000 to tell you how great Nordnet is compared to other banks”. The video makes fun of the traditional industry commercials and stresses the transparency of banking, which is something all customers are after. Certainly, such an honest video with a touch of humour wasn’t left unnoticed by the audience.

Ally is positioning itself as an alternative to banking that is straightforward and clear, and cares about the customers’ trust. Their print ads indicate they understand the customers’ pains. 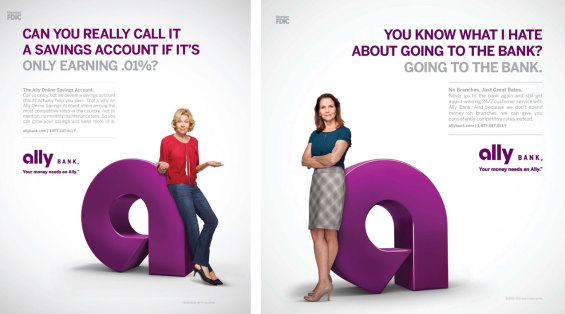 Their video shot with a hidden camera shows how children reacted to unfair treatment, which happens in banks a lot, when big promises are actually baits with lots of fine print.

It turns out, great ads are born when you really step into your customers’ shoes and aren’t afraid to think outside your category and try something new.

When your ad content is ready to be aired, check out how easily your campaign will be rolled with Tracklam service. Finding media, booking, changing and tracking the results – all within one online interface. Learn more here: https://tracklam.com/