Advertisers typically go great lengths in order to find and follow best practices for getting outstanding results from their campaign. If you’re one of them, have you ever thought about how many commercials fail not because of the irrelevant message or poor knowledge of the target audience, but simply because they never make it to the public? For instance, in 2016 in the USA, about 5,000 ads were banned or requested to be altered.

It turns out, banned ads aren’t a rare thing, and what’s more – nobody is insured against such failures. Even biggest brands are often slapped on their wrist with this or that creative.

The problem with advertising bans is, different cultures – different norms. So, what’s ok in one country, can be considered outrageous in another, which results in ads sometimes banned in specific countries. Some pieces, though, are so “not right” that an entire campaign has to be called off.

Let’s look at some examples of banned advertisements, which can serve as a warning not to get into a similar trap.

This well-known cosmetics brand ad starring a celebrity  was banned for being “misleading” by exaggerating the product effect via using certain post-production techniques and lash inserts (plainly speaking, the model’s eyelashes that look so impressive in the video have been lengthened and added volume to with means other than just the advertised mascara).

Sure, you want your product to produce effect and \refine it and show in the best possible light and angle in the advertisement. But be careful not to present it to be something it’s not or show it doing what it cannot do – your audience aren’t stupid, and you risk paying too high a price for this “inaccuracy”.

This piece caused a stir because of its unbelievable tone-deafness, and, as many users complained, speculation on the sacred. It was quickly pulled after a surge of complaints.

Striking an emotional chord is what most ads are aimed at. But don’t play with people’s sorrow and grief – ever. Consider it a forbidden ground if you want to be safe with your promo.

This Dolce&Gabbana ad was banned in Italy and Spain for showing a woman in a position inferior to men, offending dignity of women.

This ad by an American clothes retailer doesn’t need explanations, does it? 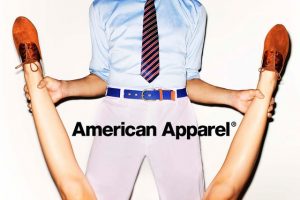 Sexuality is definitely attracting attention, but too much of it or ads that are too suggestive appear dirty and surely not add any positive points to the brands’ image. So, better find other ways of driving attention, they are numerous.

The ad was banned for appearing too violent and possibly causing distress if seen by young children. 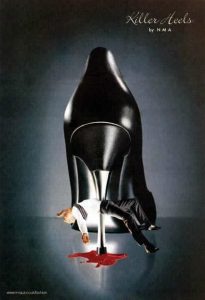 This joyful and positive ad from the famous food products manufacturer contains neither violence, nor overt sexuality, doesn’t exaggerate – why is it banned? Well, the ASA (Advertising Standards Authority) decided, it was posing danger to kids and showing actions that are unsafe. Well, the edges of an open can really may be sharp, so the concerns do have ground, but is it solid enough?

Even seemingly innocent ad can contain fractions of danger or demonstrate unsafe behaviour. So, better make sure yours is clean (although the task is really difficult to complete).

Wrapping out, it turns out there are “slippery topics” in advertising, like violence, sex, religion, sorrow, politics etc. – so, better avoid them for the sake of not being banned.

When your promo is ready, TRACKLAM is a must to try for easy booking and purchasing ad space and tracking the results online. Learn more here: tracklam.com